Phoebus Tattoo Studio is located on the south side of U.S. 92 / Gandy Boulevard at San Martin Village Center in St Petersburg Florida.  Our neighbors include the Anytime Fitness center, Elite Body Cryotherapy and others. We are situated in the Gateway area of north St. Pete, just west of Gandy Beach and the Gandy Bridge to South Tampa and MacDill A.F.B., and east of Derby Lane and the Gandy Boulevard (SR 694) flyover. As of September 2017, all lanes are now open on the Gandy Boulevard overpasses, which link 4th Street North (SR 687) with Roosevelt Boulevard (SR 688) and Interstate 275 to the west. Map diagram located below.

Spanning Old Tampa Bay between Pinellas and Hillsborough Counties, the nearby Gandy Bridge was the longest automobile bridge in the world when it debuted to motorists in 1924. The original crossing remained in service until 1956, when it was replaced by a new span. Capacity was doubled in 1976, with the addition of a second bridge eastbound to Tampa. The 1956 span was eventually replaced in 1996, with it repurposed as part of the Friendship Trail. The Friendship Trail bridge provided a bicycle and walking path between St. Pete and South Tampa until a permanent closure in 2008 due to corrosion of the bridge supports.

Derby Lane opened just one year after the Gandy Bridge as the St. Petersburg Kennel Club. The venue is the longest running greyhound track in the United States.

Phoebus Tattoos
Tattoo Walk Ins are welcome.
Please call ahead,  or message and so on for availability
Shop Phone: 727-289-8077
Cell Phone: (302-588-4686)
Text Cell for Photos or tattoo related information..
Email for Tattoos only: phoebustattoos@gmail.com
Appointments Preferred for larger scale Tattoos Thank you.

Address: 10710 Gandy Blvd N, ST Petersburg FL 33702.
Phoebus Tattoos Studio is located on Gandy Boulevard (U.S. 92).
West of the Gandy Bridge and MacDill Air Force Base, and east of Derby Lane in Saint Pete, FL.
For more information on the area and in depth location please click the Map page. 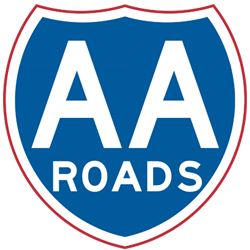